Statistics Canada carries out an annual General Social Survey (GSS) to monitor changes in the health of Canadian as well as to examine social support.

As part of the 1999 GSS, 4000 older Canadians were interviewed to examine their experience regarding emotional and financial abuse as well as physical and sexual violence committed against them by children, caregivers and spouses. The following results were reported:


What are the implications for older Albertans today?

Applied to Alberta's current senior population, these statistics tell us that approximately 23,000 Alberta seniors are experiencing one or more forms of abuse.
We know that there are many barriers to disclosure and that abuse of older adults is not readily identified by service providers or community members. (Abuse and Neglect of Older Adults- Community Awareness and Response, 2001, p.23).
We know that our population is aging quickly. The Alberta for All Ages - Directions for the Future report stated that "between 1999-2016 the Alberta seniors' population will increase 60-70%, while the general population will only grow by 30%."

The implication from these statistics is painfully clear: unless we take action through awareness and prevention, the prevalence of elder abuse will continue to grow.

What are the costs of family violence in Canada?
Measuring the economic impact of violence allows us to examine the issue from another vantage point. This data provides us with valuable information when planning prevention and intervention efforts.

While these statistics speak to the enormous social price tag of family violence, it is critical that we not forget that economic facts do not measure: 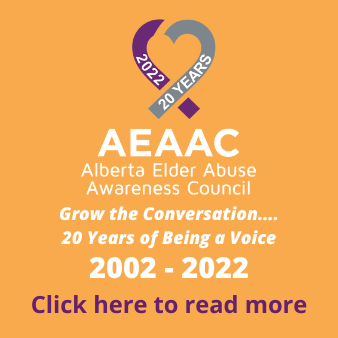